In the midst of Climate Week NYC, more than 40 musicians declared today that they are ‘still in’ on action to meet the U.S. climate goals of the Paris Agreement. In voicing their support for the We Are Still In movement, the U.S. artist community is reinforcing to the rest of the world that U.S. momentum on climate action is stronger than ever. The Recording Industry Association of America recently reported the music industry contributed $143 billion in value added to the U.S. economy and 1.9 million jobs supported in 2016.

Among the more than 40 artists are Bon Iver, Jack Johnson, My Morning Jacket, Sir the Baptist, Tune-Yards, and others. You can see the full list below.

Artist tours and performances can have a significant environmental impact. From reducing energy use to eliminating waste and offsetting carbon emissions, the artists that have signed onto We Are Still In are committing to do their part to tackle climate change. These artists also promised to use their platform as performers and public figures to build awareness and engage their fans to take action.

“I’m proud to join fellow musicians to send a message to the world that ‘We Are Still In’ and show that the music industry is committed to climate action," said Jack Johnson, an American musician and environmentalist. "Throughout a decade of touring, I've worked with my crew to reduce our environmental footprint and to inspire fans to take action in their own daily lives. At the shows last year, fans took over 100,000 environmental actions through our All At Once campaign and tour greening initiatives and we worked with venues to conserve energy, reduce food waste and single-use plastic, and support carbon offset projects around the world. Please join me in choosing a sustainable path forward, and let’s show the world that ‘We Are Still In.’”

Sir the Baptist, a hip hop and R&B artist from Chicago said, "I've seen first hand the urgency of combating climate change and the need to stay in the Paris Climate Agreement. Even in just my summer festival schedule, Houston Free Press Festival was moved due to Hurricane Harvey and a festival in New Jersey due to Hurricane Sandy. The effects are being felt already and must be taken seriously."

Since its launch in June 2017, when the current administration announced that it would be pulling the U.S. out of the Paris Agreement, the We Are Still In coalition has nearly tripled in size. The coalition of 3,500 leaders is composed of states, tribes, local governments, cultural institutions, businesses, health systems, and universities from all 50 states. Artists are bringing a new perspective and attention to this growing movement.

"Musicians and artists have a long history of using the power of their voice to unite, rally and mobilize," said Michael Martin, CEO and Founder of Effect Partners and r.Cup. "Building off the drumbeat from last week's Global Climate Action Summit, and with leaders gathering for Climate Week in New York City, it's time the entertainment industry join the chorus of civic and business leaders to show they are still in the fight for positive climate solutions."

"The strong support from these artists is only the beginning," said Andrew Arrieta, Director of Music Initiatives at Effect Partners. "The lack of action in Washington will only galvanize the music community and its fans further until we achieve our ultimate goal of climate justice."

Effect Partners is a social change enterprise. We partner with iconic clients to create inspiring business solutions, powered by music, art, and entertainment. We live at the intersection of culture and impact. Movements are born here. Your fans, advocates, and consumers interact, celebrate, and collaborate here. Progressive change blossoms here everyday. And for three decades, our work has thrived here. Our purpose is to be catalysts for positive environmental and social change.

Artists who have already joined We Are Still In:

Family of the Year

Hooray for the Riff Raff

Lighthouse and The Whaler

Nahko and The Medicine

The Orphan The Poet 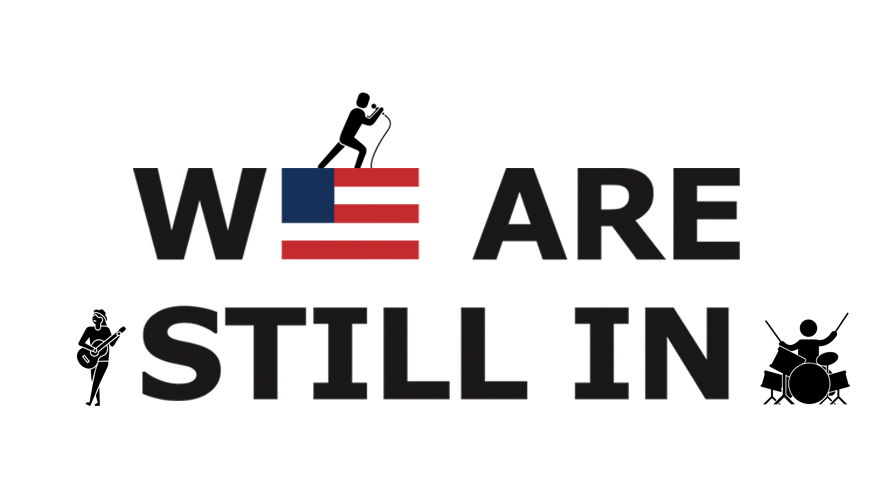