The California Academy of Sciences Takes Sustainability Beyond Museum Walls

The California Academy of Sciences is one of the most sustainable museums on the planet, and the first major museum to commit to following—and exceeding—the Paris Accords by reducing the museum’s net greenhouse gas emissions to zero by the year 2025.

As the first museum to earn a Double LEED Platinum rating, the Academy’s cutting-edge sustainable design has made the institution a model in green building since its reopening in 2008. It is the only museum in the world to house an aquarium, planetarium, natural history museum, and four-story rainforest all under one living roof. These exhibits engage over 1.5 million visitors each year with the wonders of the natural world and the sustainability of our planet’s most precious ecosystems.

A leader in science and sustainability, the Academy believes financial investments should align with their commitment to global sustainability, including addressing the issue of climate change. The Academy has announced plans to completely divest from fossil fuels. Much of the divestment has happened already, and in 2016 the Academy’s board approved a detailed plan to divest remaining investment assets from fossil fuel companies.

Beyond the museum’s walls, Academy scientists are working to address the most pressing environmental issues of our time through global expeditions, world-leading scientific research, and innovative public engagement programs. The Academy recently introduced PlanetVision, a new sustainability-focused exhibit and campaign that aims to empower people around the world to make simple choices every day with the potential to reinvent our food, water, and energy systems. 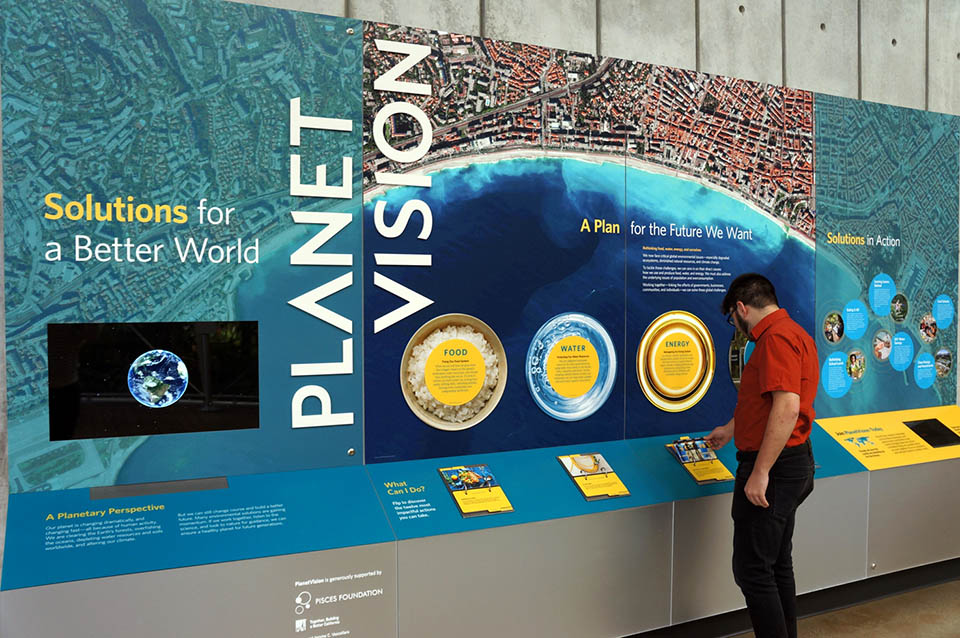